On the current time, Bluetooth is an integral piece of cellular gadgets. Smartphones interconnect with smartwatches and wi-fi headphones. By default, most gadgets are configured to honest assemble Bluetooth connections from any

nearby unauthenticated instrument. Bluetooth packets are processed by the Bluetooth chip (also called a controller), and then passed to the host (Android, Linux, etc.). Both, the firmware on the chip and the host Bluetooth subsystem, are a goal for Far flung Code Execution (RCE) attacks.

One characteristic that is on hand on most traditional Bluetooth implementations is answering over Bluetooth pings. All the pieces an attacker wishes to know is the instrument’s Bluetooth take care of. Although the goal is no longer discoverable, it every so often accepts connections if it will get addressed. As an illustration, an attacker can shuffle l2ping, which establishes an L2CAP connection and sends echo requests to the distant goal.

Within the next, we teach a Bluetooth zero-click short-distance RCE exploit against Android 9, which got assigned CVE-2020-0022 . We battle thru all steps required to place a distant shell on a Samsung Galaxy S10e, which was working on an up-to-date Android 9 when reporting the peril on November 3 2019. The preliminary flaw traditional for this exploit remains to be show masks in Android 10, nonetheless we employ an further computer virus in Bionic (Android’s libc implementation), which makes exploitation draw easier. The computer virus was lastly fixed within the safety patch from 1.2.2020 in A-143894715. Right here’s a demo of the fleshy proof of belief: 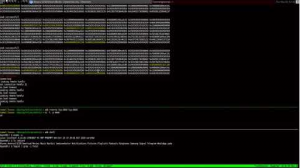 Throughout the work on InternalBlue and Frankenstein at SEEMOO, we spent a huge selection of time investigating the Braodcom Bluetooth firmware. InternalBlue was initially written by Dennis Mantz, and it interacts with the firmware to add debugging capabilities. Within this mission, a huge selection of reverse engineering to attain the principle points of the firmware itself was executed. 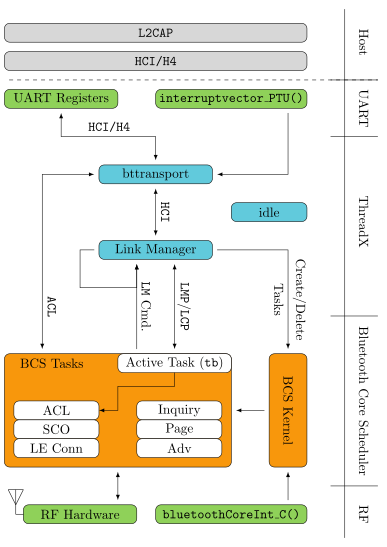 For further analysis, we constructed Frankenstein, which emulates the firmware for fuzzing. To enact emulation, an very significant piece is working out the Bluetooth Core Scheduler (BCS). This part is of hobby, as it also processes the packet and payload header, and manages time-severe duties. These low-stage functions are no longer accessible from the host, and no longer even all over the threaded ingredients of the firmware itself. By having access to the BCS, we had been even ready to inject raw wi-fi frames into the emulated firmware.

When fuzzing with Frankenstein, we targeted on vulnerabilities that come up earlier than pairing. In these parts of the protocol, we chanced on two vulnerabilities, one in traditional Bluetooth and one in Bluetooth Low Vitality (BLE). The first heap overflow is within the processing of Bluetooth scan outcomes (EIR packets), affecting firmware with assemble dates within the vary 2010-2018, possibly even older (CVE-2019-11516). For this, we equipped a fleshy RCE Proof-of-Theory (PoC) to Broadcom in April 2019. After the document, Broadcom claimed that they knew of the peril, and indeed, potentially the most recent Samsung Galaxy S10e had a patch that we weren’t unsleeping about, as it appropriate had been released. The second heap overflow impacts all BLE Packet Info Objects (PDUs) since Bluetooth 4.2. We equipped a PoC to Broadcom in June 2019, which corrupts the heap nonetheless misses one frail

that is at risk of be executed with extra files throughput. To potentially the most efficient of our files, this peril has no longer been fixed as of February 2020.

While working on PoCs and tips on assemble a huge selection of files into the heap, we also looked into traditional Bluetooth Asynchronous Connection-Less (ACL) packets. These are basically traditional for files switch, such as music streaming, tethering, or, extra usual, L2CAP. Throughout the firmware, ACL processing is comparably easy. There are draw extra sophisticated handlers and proprietary protocol extensions, shall we issue, Jiska Classen chanced on a Hyperlink Mangement Protocol (LMP) form confusion (CVE-2018-19860).

The computer virus described on this submit was caused within ACL. We fuzzed this protocol by performing bit flips on the packet and payload header. The preliminary fuzzer was utilized by hooking the characteristic bcs_dmaRxEnable all over the firmware, which is invoked by the BCS ACL task. bcs_dmaRxEnable copies wi-fi frames into the transmit buffer. Ahead of this characteristic, the packet and payload headers are already written to the corresponding hardware registers. We are this potential that truth ready to switch the fleshy packet earlier than transmission and thus building a easy

Bluetooth fuzzer all over the firmware.

It appears to be like, that memcpy is accomplished with a negative length inside of reassemble_and_dispatch. A simplified implementation of memcpy looks as follows:

Previous articlePatriots Reportedly ‘Exploring’ Trade Down on Day 2 of 2020 NFL Draft
Next articleDisabling Snaps in Ubuntu 20.04

We’re pleased to announce the availability of RethinkDB 2.4.1. This update includes bug fixes, build improvements and the reintroduced update checker. For a complete list of changes in this update, you can refer to the release notes. Don’t forget that we replaced our download server, please read our latest blog post. Get involved As an open-source…
Read more
Technology

Replies If so, we need to build a new browser engine. I cannot think that the gateway to the internet will only be available through Chrome. Just fork it and start again. I cannot let Servo die. We must unite. We have to continue the project People need to be less reluctant to fork. Not…
Read more
Technology

Image courtesy Iran's Mehr News (CC BY 4.0) By The Maritime Executive 08-10-2020 07:58:17 Multiple sources have reported that the disastrous explosion at Port of Beirut was sparked by hot work at a warehouse where officials had stored 2,750 tonnes of confiscated ammonium nitrate and a cache of fireworks. In a new report, senior officials…
Read more